Press Release provided by Century Media Records via The Orchard 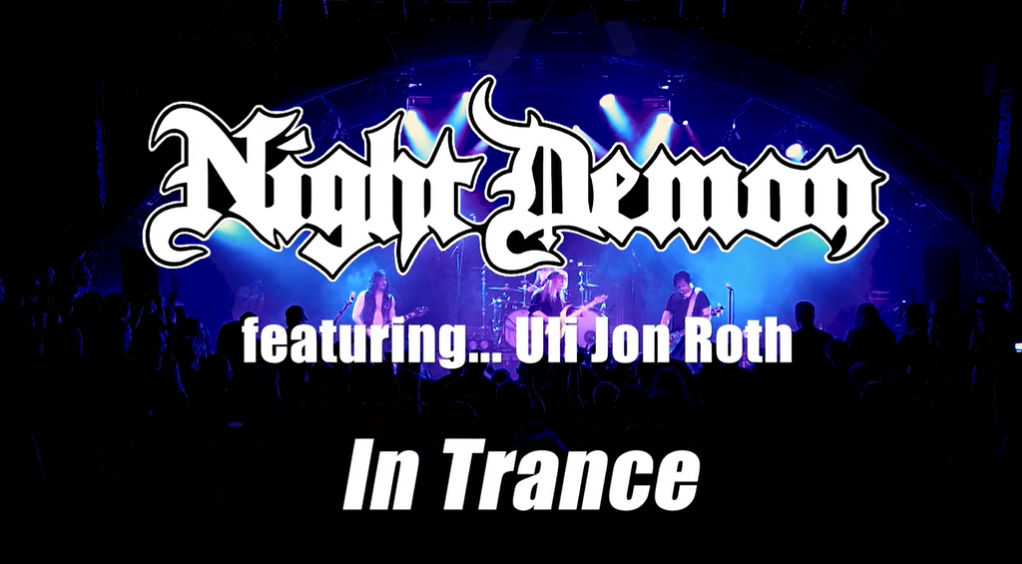 (August 10, 2020 – Ventura, CA) – Night Demon unleash their new single and live video for “In Trance“. Purchase Night Demon’s fifth standalone 7” vinyl release of 2020, HERE, and watch the live video HERE.
March 2, 2019 will be remembered as one of the most important nights in Night Demon history. The location was Hamburg, Germany, a second home for the band on their frequent European sojourns throughout the years. The occasion was the sold-out Hell Over Hammaburg Festival, which Night Demon had the honor of headlining. Night Demon had a special surprise up their sleeves for fans and the Hammaburg faithful. For the Hammaburg gig, revered former Scorpions guitar slinger Uli Jon Roth, who was an integral part of the In Trance album in 1975, agreed to join Night Demon onstage for an unforgetable two-song vintage Scorpions encore consisting of “In Trance” and “Top of the Bill.” With the release of the new single, “In Trance”, Night Demon finally release a time capsule of this extraordinary moment in physical form. The live recordings from that night feature “In Trance” on the A-side and “Top of the Bill” on the B-side. Now heavy metal fans all over the world can experience the magic that was in the air that frigid winter night in Hamburg embedded in the grooves of this special, limited vinyl release. 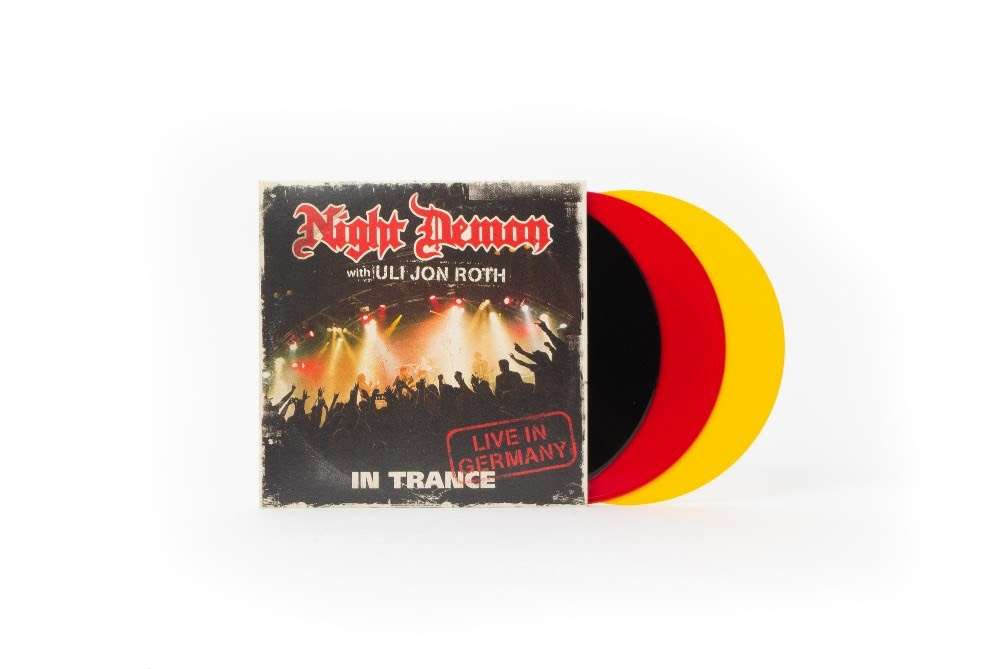 The single can be pre-ordered HERE and is available in a:
Make sure to check out the recently launched Night Demon podcast for band history, song analysis, studio anecdotes and stories from the road. Listen to the podcast HERE.
Night Demon is:
Jarvis Leatherby (vocals, bass)
Armand John Anthony (guitars)
Dusty Squires (drums)
Follow Night Demon:
Website
Facebook
Instagram