Press release provided by The Orchard 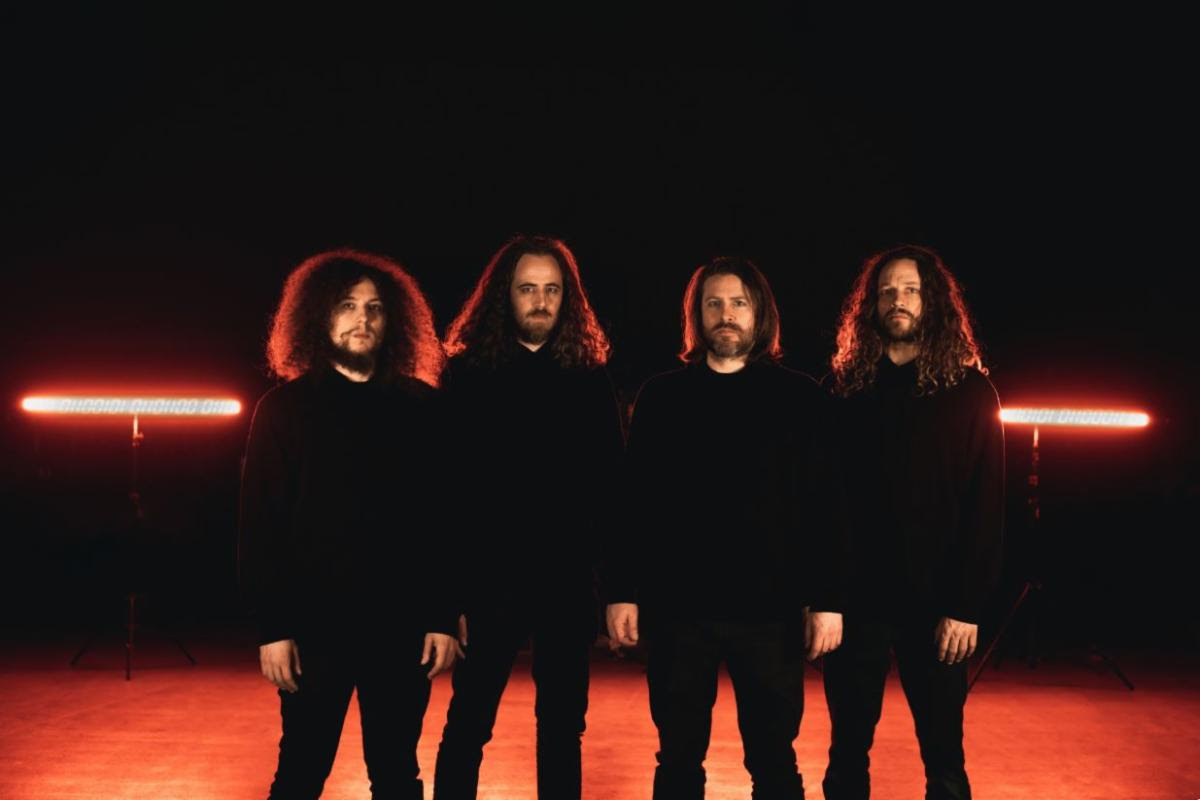 (May 18, 2020 – Los Angeles, CA) – Los Angeles-based riff worshippers Painted Wives release their new song and music video for “Shangri La“. Watch the music video HERE. “Shangri La” is the third track released off Painted Wives long-awaited forthcoming sophomore album New Medusa set for release this Fall via Century Media Records.
“Shangri La” follows the release of “Truth & Consequences” and, most recently, “Device“, from the forthcoming full-length. After a long and intense writing and recording span, New Medusa found the quartet rounded out by drummer Derek Eglit, guitarist Jeff Lyman, bassist Justin Morales, and lyricist Ryan Williams working with Cave In/Mutoid Man frontman and guru Stephen Brodsky and producer Machine (Lamb of God, Clutch). The band spent a year conjuring New Medusa, which was mixed by Jay Ruston (Anthrax, Stone Sour). Along the way, songs were honed and twisted into a sound that invites comparisons to Alice In Chains, Mastodon and Black Sabbath, but emerges out of the riffy muck as something uniquely their own. “This feels like as much of a new start for us as a continuation of Obsessed with the End,” says Suitor. “In the past, we labored over every part, every lyric and probably over-thought things. Once we hit our stride, it started taking on a life of its own.”
New Medusa continues the inscrutable path Painted Wives began on their 2017 Century Media debut, Obsessed With the End, a remixed version of the band’s self-recorded and issued debut of the year before. Songs like the opener “Cellular Eclipse” straddle elements of rock, modern progressive rock, and doom metal topped with frontman Justin Suitor’s distinct and plaintive vocals. The band praises Brodsky in helping them nail their sound. “I was a fan of Steve’s to begin with – all the way back to Cave In’s Until Your Heart Stops,” says Suitor. “He helped us really hone our sound and get to the essence of what Painted Wives is all about.”
Painted Wives ossified from the remains of Railroad to Alaska, a cult Orange County ensemble that straddled the extremes of heaviness and eclecticism. A musical downshift to heavier turf found Suitor & Co. rechristening the band Painted Wives and gigging around the OC. When their independent release crossed the desk of Century Media’s A&R dept., the band was signed to their current label home. Gigs and tours with the likes of Lacuna Coil, Avatar and most recently, Cave-In ensued, proving the Wives an engaging (and fucking loud) live proposition.
Listen/Purchase “Shangri La”:
Pivot
Listen/Purchase “Device”
Pivot
Listen/Purchase “Truth & Consequences”:
Pivot
Follow Painted Wives:
Facebook
Twitter
YouTube